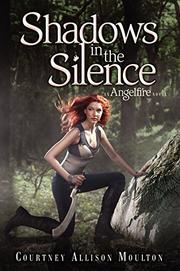 SHADOWS IN THE SILENCE

From the Angelfire series, volume 3

This conclusion of the Angelfire trilogy takes readers to Armageddon.

Ellie actually is the Archangel Gabriel, apparently female and currently incarnated in Detroit as a teenage girl. Reincarnated many times, Ellie loves Will, her angelic guardian, although he ranks far lower on the heavenly scale than an archangel. After 500 years of unrequited love, Ellie and Will finally consummate their relationship, a decision that lands Will in serious trouble. Their earthly task is to defend humans from demons and to defeat the fallen angels Sammael and Lilith, thus ridding Earth of their evil and saving every human soul from Hell. To effect this, Ellie searches for a powerful relic that will call the angel Azrael for assistance. She learns that if she succeeds, she may never return as a human and even may die. Can Ellie bring herself to sacrifice not only her eternal life, but also her love in order to save the world from damnation? Moulton’s prose moves along fairly quickly as she intersperses action-packed battle scenes, each more impossible than the last, with romance, family relationships and a few friendships from the earlier books. The lead and supporting characters come across as standard-issue romance heroes: strong and pure, with emotions, though a few of the minor characters stand out.

Of a piece with the rest of the angel books—fans will be happy.