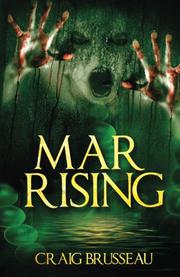 In this debut YA thriller, a homeless teenager’s fortunes change on the eve of a zombie apocalypse.

Sixteen-year-old Madison Jacques, a homeless musician living in Boston, performs with the Reaper, her prized guitar, and stays in the boiler room of a condemned building. After years in miserable foster homes, Madison contentedly shares her life with rats and a blind harmonica player named Jeremiah Church. One night, a construction crew demolishes her building, upending her precarious existence. If not for a mysterious benefactor dragging her to safety, Madison would have died. When she awakes at Mass General, she meets officers Joe Rowe and Phil Senior. After researching her identity, the police confirm that Madison has an aunt and twin brother living in Charleston. Meanwhile, the Holbox research facility on the Yucatán Peninsula—specializing in climate science and geology—falls into chaos when workers are contaminated by rock samples from the Chicxulub crater, becoming murderous. Researcher Ami Knight takes drastic steps to contain the transmissible psychosis, yet some of the stones have already been smuggled into the United States as souvenirs. When Madison disembarks the train in Charleston, she hopes that her relatives will welcome her. Little does she realize that a gory nightmare will soon replace the seaside tranquility. Brusseau adds a hefty, world-building twist to his zombie narrative, connecting his agile hordes to what killed the dinosaurs 65 million years ago and to the idea that humanity started on another planet. Zombie buffs, however, won’t be disappointed by the well-paced carnage, including the walking dead devouring a bus driver (his “last gasp of air came not through his mouth, but directly through his trachea”). The characters also discuss God’s existence and intentions during the mayhem, with Madison favoring the tolerant view that “as long as we are alive,” we are “free to choose” the worldview “that makes the most sense for us individually.” Later, the guardian angel who saved her from the building reveals himself, greatly expanding the potential of Brusseau's world.