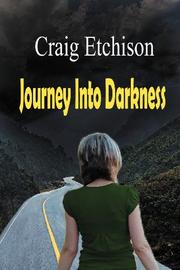 In Etchison’s novel, a 17-year-old girl faces the ultimate test of survival when her nation goes to war.

Samantha “Sam” Riggleman seems to have a bright future ahead of her. A junior in high school, she’s excited to graduate soon, and she’s thrilled that Brandon, the boy she has long admired, finally asked her out. Brandon is finishing high school and has plans to go to college, but his and Sam’s dreams are dashed when the president of their fictional country declares war. Young men must enlist to help the war effort (the narrative uses clichés like: “Our only hope is our children”); even though Brandon hates the violence, he doesn’t want to be perceived as a coward, so he decides to defend his country. Sam fears for Brandon’s life, especially since a former classmate was killed after he joined the service. Her understandable worries are only intensified when an enemy attack forces her to flee with Brandon’s family instead of her own. Desperately trying to escape the bombing, Sam and her friend Meg run to safety, but Brandon and his parents are killed. Sam witnesses the devastation of war and loss firsthand, but she must leave the bodies behind and continue on if she hopes to have any chance of surviving. At times, the dialogue is unrealistic for a 17-year-old girl. Circumstances cause her to grow up quickly, but the way she talks is improbably stiff, and the prose often comes across as an adult narrator declaring that war is unnecessary, rather than a teenager showing the reader why war is not the answer. Sam is surrounded by fatalities and destruction as she walks miles in search of her family and safety. As she tries to overcome the horrors of war, the smells of death and almost being raped by men from the enemy’s army, she encounters different survivors along the way, including three young children whose parents were killed, whom she takes under her wing. Her maternal instinct toward the children and her commitment to them are admirable, albeit a bit over-the-top for someone of her age. Sam’s fear and desperation are convincing, though the intense subject matter might be overwhelming for younger adolescents. Her journey reaches an unsettling, abrupt conclusion.

The repetitive anti-war sentiments become tiresome, but the harsh realities of battle from a young citizen’s perspective will be eye-opening, especially for young-adult readers.