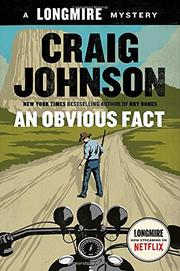 The collision of biker gangs, a millionaire, numerous belligerent drunks, and an aging biker chick stirs up one nasty mess.

Sheriff Walt Longmire, his 250-pound dog, Dog, and his friend Henry Standing Bear drive Henry’s ’59 Thunderbird, Lola, to Hulett, Wyoming, towing Henry's motorcycle for another try at a race Henry won years ago. The town of 400 is hosting as many as 50,000 bikers policed only by Chief William Nutter and one deputy. Nutter’s proud of his latest toy, a surplus Mine-Resistant Ambush Protected vehicle financed by millionaire businessman Bob Nance that Walt has to show him how to start. Next on Nutter’s wish list is Walt's and Henry’s help finding out what happened to Bodaway Torres, a young biker who lies in critical condition in nearby Rapid City, most likely having been run off the road. A member of a Southwest biker gang with a long string of priors, Torres turns out to be the son of Lola Wojciechowski, the namesake of Henry’s car and Walt’s granddaughter. Lola wants Henry to find out what happened to Torres, but Henry, convinced she’s poison, won’t help until Lola hints that Torres is his son. The accident was reported by the wealthy Nance’s daughter, who has drug problems and claims not to know Torres, even though his cellphone shows numerous calls from her. After several informative conversations, some leading to fisticuffs, Walt and Henry meet Brady Post, an agent with the Bureau of Alcohol, Tobacco, Firearms and Explosives who’s gone undercover with the bikers but won’t reveal what he’s investigating. Walt’s undersheriff and lover, Victoria Moretti, flies in from Philadelphia, where she’s been seeking the killer of her brother and Walt’s son-in-law. Both her skills and Henry’s are sorely needed when all hell breaks loose.