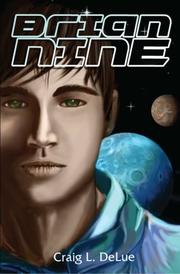 In DeLue’s debut, teenagers Brian Nine and Will Star are onboard a spaceship when a bolt of lightning causes an accidental launch and the subsequent discovery of a new, inhabited planet.

Brian Nine and Will Star are the David and Goliath of this narrative—with one caveat: Brian, the diminutive child genius, and Will, the star football running back, are best friends. The story takes off, literally, when lightning strikes the Jupiter Manned Explorer, launching the duo through space, light-years away from home, and straight for a sun. Brian and Will narrowly veer away from solar immolation and subsequently find themselves hovering above a seemingly inhabited planet. DeLue creatively plays off his leads’ brains-and-brawn dichotomy, often resulting in comedic sequences. His full world-building repertoire—including a fluid writing style, dialogue delivery and memorable characterizations—is on full display in his portrayal of life on Carpella, a planet ruled by the ruthless, big-brother like Chimera. The theme of the novel takes a distinct shift from space travel to the injustices exacted unto the Hillonan, a pre-industrial human species that were subjected to a life of slavery by the Chimera. Brian’s fearful nature constantly clashes with the absolute ferocity and fearlessness of Will. This conflict is never more evident than when Brian and Will stumble upon RiAnna and her brothers, the valiant Rocco and master swordsman Fortis. The boys are hailed as saviors, their arrival seen as part of a prophecy that will lead to Hillonan freedom, but Brian wishes avoid the danger and return to the safety of the ship while Will feels that they have a responsibility to the Hillonan—and the beautiful RiAnna. On the cusp of revolution, the Hillonan, as well as Brian and Will, are put to the ultimate test as themes of trust, glory, heroism and sacrifice consume the narrative. DeLue proves to be a wizard of his craft as he builds Carpella into a world imbued with natural human emotion, savory plotlines, memorable characters, history-changing situations, a fight for freedom and everlasting glory in this epic page-turner.