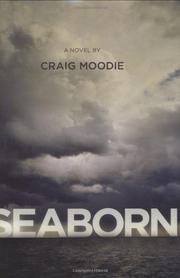 Luke, 16, angry and selfish, finds himself totally agitated with life when his mother abruptly leaves the family. The teen hates being stuck alone with his father and yearns for his own freedom. To Luke’s further consternation, his dad plans a father-son sailing trip on Nantucket Sound. He mopes through the motions of being a sailor until, on his father’s reckless impulse, they head far out into the Gulf Stream with only an unreliable engine for backup. A lingering setup and secondary characters who eventually disappear keep readers from plunging directly into the narrative, which often reads like an extended short story, and readers will sense the upcoming maritime disaster from the beginning. What separates this work from other teen-pitted-against-nature morality tales is Luke’s genuine voice as he expresses feelings of hatred and frustration and the embarrassment of being close to his father. Teens, especially boys, will identify with Luke’s situation. A rousing climax and realistic narrator mark this as a solid choice. (Fiction. YA)