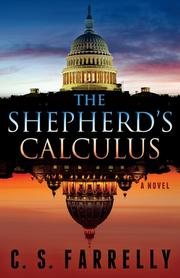 Religion and politics prove malevolent bedfellows in this serpentine debut that employs a variety of modern, headline-making conundrums.

Farrelly’s riveting political thriller begins with the momentous death of a Jesuit priest coinciding with the faltering re-election prospects for an American president. The accidental demise of Father James Ingram, president of Ignatius University, has journalist Peter Merrick upset, particularly because Ingram was his mentor. Merrick had just returned from a harrowing reporting assignment that took its toll on both his emotional and physical well-being. Meanwhile, incumbent conservative U.S. president Arthur Wyncott becomes anxious when his bid for re-election seems to be tanking as popularity surges for his Independent party opponent, Thomas Archer. Bolstered by the promised votes from proletariats and minority and Catholic demographic groups, the heat is on for Wyncott to lure those undecided voters back to his side of the political race. The church, ever in the midst of a sexual abuse scandal, has seen better days, and Wyncott soon becomes desperate to reverse the damage at any cost. Boston-based Cardinal John Mulcahy employs the nefarious head of the U.S. Conference of Catholic Bishops, Bishop Owen Feeney, to micromanage and assuage the damage from the ballooning multimillion-dollar scandal as more and more abuse victims come forward. Farrelly dexterously reveals plot points (crowned with a sordid coverup scheme) and allows them to develop gradually as the presidential election nears. Merrick finds himself embroiled in the melodrama after he is asked to write Ingram’s eulogy, which requires some research into his instructor’s history. In his friend’s belongings, he finds unopened, returned letters to the victims of abuse occurring at various parishes he’d been assigned to. Merrick’s diligent spadework reveals the somewhat unsurprising true culprit. Even the supporting characters and subplots are compelling, including Merrick’s wife, Emma, their marital back story, and particularly Ally Larkin, President Wyncott’s astute campaign assistant, who emerges as an ethical, clever woman whose nobility and keen sense of right and wrong help guide her-decision making, even as the stakes veer higher and the manipulative political machinations multiply. By the time this page-turner reaches maximum velocity, a fine balance has effectively been established between political intrigue and religious scandal. Though probably not a good fit for world-weary readers looking for an escape, Farrelly’s command of hot-button issues is impeccable. The priest abuse scandal seems ripped from today’s newswires as much as the desperate, calculated political maneuvers of a presidential candidate up for re-election. Readers will find themselves in for a striking, remarkable politically correct political thriller with a conscience.

Sure to please fans of governmental intrigue and fast-paced suspense; puts swift prose, commanding characterization, and contemporary hot topics to grand use.