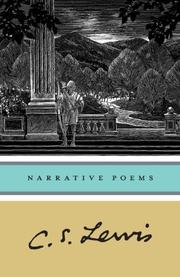 Of course Lewis would be drawn to the long narrative: what form could better accommodate the heraldic solemnities of his Christian Romanticism? Oddly enough, he embraced the long poem some years before he turned to the church or struck the eloquently traditional vein of his prose. "Dymer," the only one of these four surviving specimens published previously, was in fact written in a temper of "extreme anarchism" to illustrate the "development by self-destruction, both of individuals and species." These are the author's words and we have no reason to doubt them, but they do establish what degree and kind of "anarchism" Lewis' mind would entertain. It turns out to be the imaginative insubordination of myth and fairytale, channeled into fabulous allegories of magi, monsters, knights errant, and preternatural queens sans merci in landscapes committed to the pathetic fallacy. There is nothing at all disordered about his prosody in any of the styles represented — rime royal, hexameters, alliterative measure — and nothing radical certainly in his occasionally quaint syntactic licenses. The poem least dependent on antiquarian models, "The Queen of Drum," coincides largely with his religious conversion and argues for its liberating effect in a greater flexibility and poise before "This legible, plain universe we use/ for waking business." Yet that other contrived universe has its power to charm, sometimes to haunt, and will deepen the affection Lewis so readily inspires.