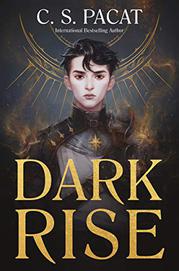 From the Dark Rise series, volume 1

A long-gone evil power threatens to once again rise and conquer all in its path.

In 1821 London, teenage Will mingles among the crowds on the docks of the Thames. He’s been on the run for months, ever since his mother was killed in their home. Finally, his pursuers catch up with him, and Will is taken in the name of the enigmatic Simon. Meanwhile, 16-year-old Violet wants nothing more than to join Simon’s inner crew. While guarding the hold during an attack on one of Simon’s boats, Violet discovers Will chained below deck. Afterward, the two find themselves under the protection of the Stewards, an ancient order whose sole mission is to prevent the very goal that Simon pursues—and both Will and Violet discover they have deep connections to this fight. What follows is a series of events that are by turns mystical, bewildering, hopeful, and terrifying. Pacat’s writing is atmospheric and full of intriguing, complex characters. However, an overwhelming sense of uncertainty pervades the book, intensified by the rotating points of view as well as the withholding of some characters’ major revelations until very late in the story. These factors leave readers in a state of perpetual unknowing, making it harder to connect with the story. The Stewards hail from all around the world; Will is White, and Violet is biracial, with a White English father and Indian mother.