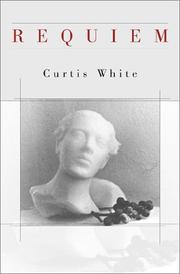 Philosophy and pornography mingle and mangle each other here in another convention-damning “novel” from radical fictionalist White (Memories of My Father Watching TV, 1998, etc.), as rehashes of biblical lives and those of classical composers vie for space with the saucier crowd of Internet pornographers and their fans. Roaming through the text and the desert of modern society like a naive John the Baptist is the so-called Modern Prophet, who pops up to conduct interviews with everyone from murderers and sluts to Terry Gross (of NPR fame). His efforts to find the truth about the lives of his subjects correspond to a general theme of truth- and soul-searching, as smut-peddlers reveal their reasons for getting into the business ($$$, physical/psychological reasons), customers pour out their anguish—and their depravity—in e-mail, composers from Mozart to Schumann and Saint-Saëns appear as musical geniuses tarnished by private proclivities, the stories of the Israelites and David receive jazzy updates, and dogs are used in various capacities from pornographic victims to defenders of virtue.

The result is indisputably clever, with a wealth of knowledge and word-wizardry, but the whole is more a patchwork of diffuse effects than a sustaining piece of fiction.