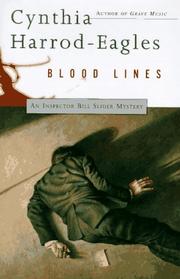 His cool almost-ex Irene is as remote as ever; his violinist lover Joanna is off playing opera accompaniments; but Inspector Bill Slider still feels a bit as if it's old home week, because Sergeant Steve Mills, his old subordinate from Charing Cross, has just come aboard his latest case—the murder or music critic Roger Greatrex, whose throat was cut moments before he was to participate in a BBC panel. Apart from the scurrying of all the panelists and broadcast folk (none of them with any of his widow's reasons, or his mistresses', to do in the philandering Greatrex), who was wandering about in the corridor outside the men's room during those crucial last minutes? Sgt. Mills, that's who, insists a none-too-bright but stridently positive witness; and suddenly Slider, whose biggest worry so far was that his placid new super Eric Honeyman wouldn't give him the manpower he needed to nail down the case, now has to worry about the manpower he's got. A preliminary look into Mills's past leads only to another grisly murder—until Slider bethinks himself of a generic clichÇ that Harrod-Eagles (Grave Music, 1995, etc.) has audaciously dusted off. Briskly sketched characters on both sides of the law, tossed together in situations that crackle with gentlemanly tension- -though you may well wish the killer had had a more substantial tie to eminently killable Greatrex.