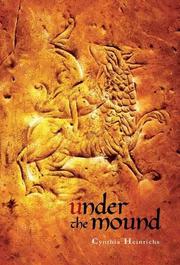 Around an eldritch incident recorded in the Orkneyinga Saga, Heinrichs spins a 12th-century coming-of-age tale rich in both political intrigue and supernatural visitations.

Dispatched by his roaring father to join a company gathered by young earl Harald Maddadson, who is out to regain control of Orkney from a usurper, Malcolm Mac Alasdair is cast into a maelstrom of political maneuvering and murky alliances. When part of the expedition is forced by a storm to take refuge in an old barrow, he finds himself engaged as well in a deadly struggle with the tomb’s raging occupant. Though the verbal sparring among Harald’s advisors and positively Shakespearean family (his mother Margaret makes Lady Macbeth look like Mother Teresa) does tend to go on, the author counters with plenty of rousing scenes on wild seas and windy moors. Woven throughout are streams of prophetic visions capped by climactic encounters with Odin and his Wild Hunt. By the end, Malcolm has outgrown his petulance and naïveté, broadened his initially parochial Christian outlook and seen Harald on his way to a long and relatively peaceful reign.

Fantasy elements aside, this saga is reminiscent of a Rosemary Sutcliff novel in plot, themes, cast and overall tone.