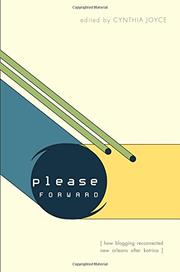 A collection of blog posts bears witness to the horrific aftermath of Hurricane Katrina.

As an assemblage of mostly short Internet writings from the two years after natural disaster and official mismanagement devastated New Orleans, the contents here are necessarily uneven, but the most powerful will move readers to outrage. Just as eyes might start to glaze over the accumulation of detail and loss, Greg Peters provides a wake-up slap: “You’ve given up on us because we’re poor, black, Southern. We’re clowns, partying all day, drinking all night….We’re not going to go away. We are going to keep staggering along, demanding attention, pulling on your sleeve like some scabby beggar who knows you from another life….And if we go down, we’re going to take you down with us.” Like a compression of the stages of grief, the chronological progression of the blog posts moves from benumbed description through lashing back (at the national and local governments, the insurance companies, the media that has gotten so much wrong) to a sort of celebration, as residents returned and Mardi Gras, Jazz Fest, and the New Orleans Saints resumed. Much of this would be classified as “citizen journalism,” yet many of the entries are from professional journalists, writing from a perspective more personal than they’d likely commit to print, as well as activists, chefs, musicians, poets, and a wide representation from the cultural gumbo that informs the city. According to editor Joyce, it “reveals a layer of post-Katrina life that wasn’t typically picked up by traditional news outlets or preserved in any official record.” Invoking the notion of “Katrina fatigue,” Peter King from Sports Illustrated writes, “What I saw was a national disgrace. An inexcusable, irresponsible, borderline criminal national disgrace….Damn right I’m ticked off. If you’re breathing, you should be morally outraged.”

A book that preserves testimony that might have disappeared amid the news cycles and Web overflow.