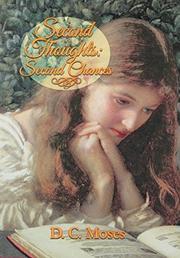 LA-born and -bred Paul Kipnis, an art history instructor, is lured to upstate New York’s Ely College by his father’s first cousin Viktor, whom Paul had met at his mother’s memorial service. Shortly thereafter, Paul’s dramatic sister, Rachel, summons him to their father’s LA home because their father, Mitchell, suffers what appears to be a heart ailment. Paul—accompanied by Viktor, an old friend of his father’s—visits Mitchell, and the three decide on an extended stay with Viktor and his adopted daughter, Corinna, in Thompsonville, New York. Mitchell moves in, and the arrangement works remarkably well. The only conflict occurs when Mitchell suspects—accurately—that Paul has developed an attraction to Corinna, who’s engaged to the scion of a wealthy New York City Jewish family for whom an immigrant goy from a small town is just not acceptable. Paul deals with his feelings by avoiding Corinna, whose engagement to Syd Steinberg drifts on interminably, despite their estrangement and infrequent visits. Syd abandons his graduate studies and, after his brother is killed in the 9/11 terrorist attacks, enters the world of New York finance, a move that spells the end of his relationship with Corinna. Unfortunately, the time line becomes muddled midway through the story, with the narrative jumping from one year to another (backward and forward) for no good reason. Likewise, a solid edit is needed to clear up some narrative inconsistencies. Nevertheless, with an adeptly drawn portrayal of Thompsonville, Moses offers likable characters in an enjoyable story despite the shortage of action and plot.

A delightful story filled with pleasant people in a lovely setting, though it could have been told in half as many pages.