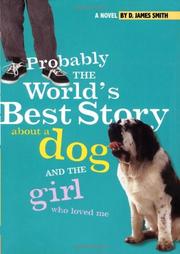 Twelve-year-old Paolo is not ready for a real job or a girlfriend but he gets both—a paper route, shared with his brother and cousin, and romance, when his friend Theresa volunteers to help him look for the dog-napped family pet. This episodic sequel to The Boys of San Joaquin (2005) features the same well-drawn characters: Paolo, whose distinctive narrative voice is full of interesting metaphors; his people-smart cousin Billy, who lip-reads and signs; and his admiring little brother Georgie. There are two mysteries: first, the identity of the mysterious stranger in rich Mrs. Pineroe’s attic, and later, the disappearance of the dog, Rufus. But both are not so much solved as dissolved, and the break-up of Paolo’s first romance comes out of the blue. The setting in 1951 California, though different in time and place, has something of the flavor of Brian Doyle in its nostalgia for unfettered Catholic boyhood, and the story is notable for the underlying message that all kids need encouragement. Engaging light reading, but not world class. (Fiction. 9-12)