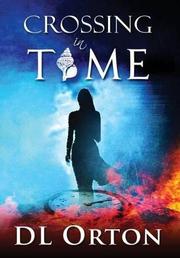 From the Between Two Evils series, volume 1

To save the world, a woman must go back in time to guarantee a relationship’s success in this first sci-fi novel in a series.

Perhaps because she’s leaving the “bloodbath” of her fresh divorce settlement, Isabel “Iz” Sanborn, an award-winning geneticist, doesn’t recognize Diego Nadales at first when she runs into him in downtown Denver. The former co-workers and one-time couple haven’t seen each other for some 15 years, since their bad breakup. Diego, a software writer, has particular reason to feel betrayed; he wasn’t cheating on Iz, as she suspected, when he kept a promise to visit a female friend, but Iz retaliated by actually cheating on him—and then telling his boss, falsely, that Diego had harassed her. But their chemistry sparks again, nonetheless. Soon they plan to marry and move into a mountain cabin. Tragedies personal and worldwide unfold, including a rash of fires, after a mysterious metal sphere appears in Denver, emblazoned with Einstein’s relativity equation. Soon, Iz and Diego are separated during the chaos as scientists in a secret underground city study the sphere’s contents, which include instructions for a time machine. Investigation shows that there’s only one way to prevent an end to all mammalian life: Iz must sacrifice her own life in this timeline to go back in time to 19-year-old Diego and teach him how to make their relationship work—so that they’re happily married for 20 years. In early chapters, Orton (Dead Time, 2017, etc.) draws readers in with strong writing including moments of humor, compelling themes, and even a heartwarming romantic gesture that depends on the kindness of a band of looters. Iz shows admirable resourcefulness, and an irreverent physics professor, Matt Hudson, also provides an entertaining first-person point of view. However, the couples counseling that ends the book is irritating more than romantic. Iz is demanding and critical, Diego doesn’t want to be molded, and above all, Orton isn’t persuasive about why everything depends on their romance being successful, out of all the couples in the universe. Perhaps that, and some other loose ends, will become clearer in later installments.

A gangbusters beginning, but the ending doesn’t satisfy.