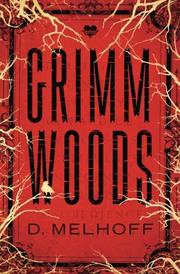 A demented murderer—inspired by a summer camp’s fairy-tale theme—hunts young counselors in this horror outing.

Scott Mamer is one of several first-time counselors for the upcoming three-month stint at Camp Crownheart, but at 21, he’s also the oldest. Losing out on six weeks of construction work and with rent due, Scott responded to an ad for the camp, which caters to troubled kids and resembles a fairy tale, with cobblestone paths leading to huts instead of cabins. Abiding by owner Charlotte Becker’s rule to “behave impeccably” means Scott will temporarily have to give up his beloved cigarettes. But things are looking up once he sparks a conversation with striking blonde and fellow counselor Brynn. The next morning, however, when the first busload of kids arrives, two counselors are noticeably absent. They both turn up dead from an apparent accident, but Charlotte has no plans to shut down the camp, believing that would be more harmful for the hundreds of children who’ll be attending this summer. Sadly, later deaths are unmistakably at the hands of a killer, whose murders recall fairy tales: not the family-friendly variety, but the original, violent stories à la the Brothers Grimm. The generally indifferent Scott will have to decide whether he wants to help others or only himself. Melhoff (Turkey Town, 2014, etc.) hits all the trademarks of a slasher film, from the camp setting to a horde of sex-starved teens. This includes the occasional pratfall: most of the would-be victims, even the protagonist initially, are unsympathetic, seemingly interested in partying above all else. Regardless, the author shrewdly gives prominence to suspense over the murders, often shown after the fact. Tension builds with copious scenes in the woods at night, ominous sounds like hooting owls, and silhouettes lurking in the shadows. At the same time, Scott’s likability gets a significant bump when he conquers his obvious discomfort around children and becomes a protector. And while the killer’s identity isn’t immediately known, there’s likewise mystery surrounding Scott, who receives a cryptic message from the murderer that may have him revisiting a stowed-away memory.

The literary equivalent of a slasher movie, one that garners its biggest frights with mere implication.