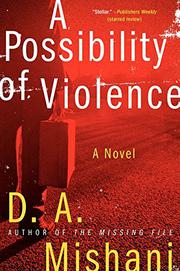 A POSSIBILITY OF VIOLENCE

Inspector Avraham Avraham tries to fathom why—even in Israel—someone would plant a fake bomb outside a day care center.

Surprises await Avraham on his return from Brussels. While he was spending carefree hours with Marianka, the lovely Belgian police officer he met on what started as a routine training assignment (The Missing File, 2013), his unit welcomed a new commander. Benny Saban seems like a harmless bean counter, but he’s almost too cordial to Avraham. Ilana Lis, his mentor, on the other hand, seems to be avoiding him. When he reads her report on the Sharabi case, he can see why: It details his many mistakes, while acknowledging that he did find the solution. His current investigation, then, seems increasingly like a chance to redeem himself. The case itself is trivial, since no one was hurt by the device planted outside Chava Cohen’s child care center. But something in his interrogations makes Avraham uneasy. Amos Uzan seems like a run-of-the-mill thug with a minor rap sheet. Is it just the tiny mustache he’s grown since his last mug shot that bothers Avraham? And Chaim Sara seems like an honest schlub just trying to make a living selling sandwiches. What is there about his story about his Philippine wife’s visit home to see her sick father that doesn’t ring true? As Avraham closes in on the truth, he faces the terrifying feeling that, once again, he may just be too late.

Tense yet heartfelt, Mishani’s second Avraham entry is even more riveting than his debut.