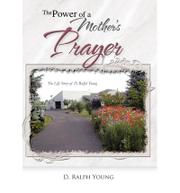 THE POWER OF A MOTHER'S PRAYER

Young recounts the events of his life, from his tough early years during the Great Depression to his profession, travels, children and marriages.

Young, the youngest of 11 children, grew up on a farm in Kentucky. His family and most of his community was so poor that a teacher taught students to clean their teeth with tree branches and baking soda. With that humble beginning, Young tells his life story, which includes a stint in the Navy during World War II, a career in engineering, travels all over the world and raising a family. The book splits fairly evenly between family and work stories, both of which depict Young’s personality—hardworking, serious and devoted to his family but also wryly funny. Young includes family photos, letters and other documents to illustrate his story, giving it the feel of a family album. While the book would be a treasure for anyone related to Young, it also serves as a crash course in 20th-century history and culture. Young provides context for his life activities, such as describing what he was doing when the Pearl Harbor attack occurred and how he entered the Navy. The title refers to the prayers Young’s mother made when he joined the Navy, and he repeatedly thanks her throughout the text for praying and keeping him safe. The narrative breaks into many chapters, some so short they include paragraphs of only a few sentences. The result is a quick read and a style that often feels like simple sketches of life events, like a list of everything Young did without much consideration for how it affects the larger story. The numerous personal and family details might not appeal to readers beyond friends and family; in fact, readers might wish someone in their family had written a book like this to keep family history alive.

An engaging personal look at the 20th century and one man’s place in it.