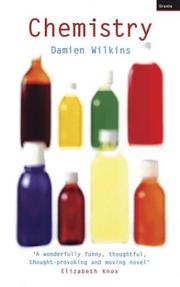 Fourth novel from Wilkins (Little Masters, 1997, etc.), about a family that can’t seem to extricate itself from drugs, legal or illegal.

You’re supposed to have more to show for yourself by the time you’re 40 than addiction, prodigal son Jamie Webb thinks. He’s 41, about to head home again to Timaru, on New Zealand’s South Island. There, Jamie’s more reliable brother, Don, has hit something of a rut: “That was more or less how it was with his decisions these days—he decided something and it happened.” Mother Ruth wonders whether it’s her fault the kids never visit: “Perhaps her children didn’t come home because they sensed something else in her, some fearful need she was keeping from them which would be sprung once they moved back in.” But come home Jamie does. He’s a stranger to Ruth, who thinks, even though he looks terrible, that he probably works as a sex entertainer of some kind because his fingernails are clean. Once Jamie’s ensconced in the house, the novel turns into an excursion through family history and New Zealand’s drug culture. It seems that Don isn’t as placid as he first appears; not only does he pop the occasional Halcion, but he’s secretly been dealing drugs in exchange for sexual favors. Wilkins has command of his native settings and straightforward prose, but too often his characters seem no more real than the celebrities he references to place the narrative in time (Tiger Woods, Pamela and Tommy Lee). Of course the plot is headed for violence, blackmail, cops and a courtroom, but not before the stakes for the family are revealed: “Probably it meant Don believed his brother incapable of making a good choice. This fault in Don—he finally saw—went much wider than Jamie. It was the shadow cast by his skill at helping people.”

Attempting to straddle the line between themes of family and addiction, the author misses both in the process.