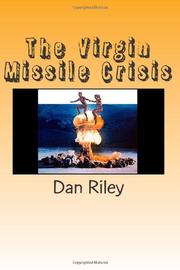 A central question arises in this sweet comedy that pairs the typical teen condition with the Cuban missile crisis: Is there time to lose your virginity before the bomb drops?

Teenager Marty LaRosa has problems: Not only does he have to reconcile his sexual desire with the Catholic definition of sin, but he has to reconcile his feelings for his less-interested girlfriend, all while managing an election for class president and a tumultuous home life. Like Kissinger, Marty doesn’t have time for another crisis, but there’s one more: potential nuclear war between JFK’s America and Khrushchev’s USSR. Riley plays this situation for realistic laughs, grounding the comedy in recognizable situations and persons, from a martinet vice principal who drops golf balls down boys’ pants to make sure they (the pants) are regulation size, to the family’s incredibly messy drawer full of junk. Maintaining a brisk pace throughout the novel, Riley liberally sprinkles in humorous phrases, as when Marty, rather than play the accordion badly, only pretends to press the keys “without depressing them, or the audience.” The narrative occasionally leaves Marty to focus on JFK, where the sex comedy is replaced by international relations. While Riley interjects some humor into these sections—for instance, by comparing warmongering Sen. Russell with Marty’s girlfriend’s leg-humping dog—the connection between Marty’s and JFK’s predicaments sometimes seems strained. The strangest narrative choice comes in the final chapter, which advances several years and swaps out comedy grounded in the human condition—wanting sex, wanting to avoid thinking about parents having sex—for political anger over the recent “Worst President Ever,” aka Nixon. However, humor still flashes in the story of Marty’s rise to the presidency: Reversing expectations, Marty’s opposition presents a parade of people who declare that they did not have sexual relations with that man.

Bumpy because of a few odd narrative choices, but this charming coming-of-age comedy has enough laughs to keep its footing.