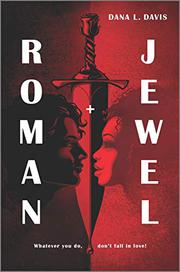 A teenage singer gets a backup role on Broadway and lessons in fame and love.

Sixteen-year-old Jerzie Jhames is a Black singer from New Jersey who dreams of being a Broadway star. She auditions for the role of Jewel in Roman and Jewel, a hip-hopera retelling of Shakespeare’s Romeo and Juliet, and is disappointed when she only gets the part of standby to superstar Cinny, who plays the lead. On her first day of rehearsals Jerzie meets Zeppelin, the musical’s Roman, and declares it love at first sight. When a video of Jerzie and Zeppelin singing a duet goes viral, Jerzie begins to realize that she may be in for more than she anticipated. Conflict arises when Cinny stakes her claim on Zeppelin and warns Jerzie to stay away from him. Despite her occasional resistance, Jerzie comes to find that she will need the support of her friends and family to help her navigate both Broadway and first love. Unfortunately Davis’ prose feels heavy-handed at points, and her execution of the story, restricted by attempts to create parallels with the classic tragedy; Jerzie’s love of musicals comes across as more intriguing than the insta-love storyline. Many characters read as one-dimensional, making it hard to get invested in the outcome. The cast of characters is racially and ethnically diverse.

Like its inspiration, Romeo and Juliet, this love story contains much drama and unfulfilled potential. (Fiction. 14-18)