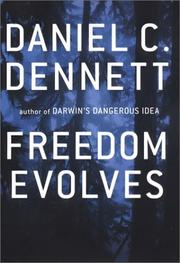 The author embraces a materialist position. The advance of science has made obsolete the notion of an immaterial soul, he notes, but if the physical universe is all, why do we believe ourselves to be free agents with independent wills? The answer, for Dennett (Center for Cognitive Studies/Tufts Univ.), lies in the gradual development from simpler to more complex life forms. A primordial cell has little to do beyond absorbing nourishment and avoiding being absorbed in turn by its larger neighbors. Yet such completely determined phenomena as the computer game Life, in which two-dimensional shapes follow rigid rules, can give rise to startling complexity, even the illusion of conscious action. Complex living creatures, such as the proverbial free bird, have more options. But moral choice remains the crux of the matter. Dennett takes as a test case Martin Luther's dictum “Here I stand; I can do no other.” In what sense was Luther incapable of acting differently? Certainly not in the same way as a primitive organism with only one response to a given stimulus; if that were so, it would display neither virtue nor courage to take such a stand. The “Prisoner's Dilemma” of game theory seems to prove that betrayal is the most rational choice: how, then, has cooperation arisen in the real world? Much of the answer lies in social evolution. Language allows communities to perpetuate their beliefs and customs, enabling the like-minded to protect themselves against predatory outsiders. Dennett spends much of the text debating his professional rivals, but he is always ready to offer real-world examples of his points and rarely ducks tough questions.

Difficult but nonetheless stimulating look into the roots of freedom and responsibility.