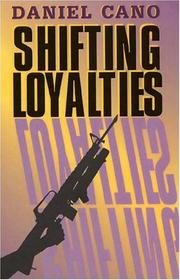 An earnest, plodding, and disjointed second novel from the author of Pepe R°os (1991, not reviewed). Cano's string of barely related anecdotes focuses on a group of Chicanos who volunteer to go Vietnam during the height of the war. Most of their fathers had served in WW II, and when all of the young men are of age they too feel a duty to serve their country. The author gives us glimpses of his subjects by skipping from past to present, from the battlefield to Little League, from sketches of life in the barrio to scenes of veterans coping with the war's psychic scars. One drops out and heads to Spain, where he winds up with a rich white American tourist who wants to be a Gypsy. One succumbs to drugs, another can't let go of the memory of his fallen friends, and yet another cracks and simply disappears into the jungle. The fragments set in Vietnam are the most interesting, especially when the author focuses on the teenaged soldiers as they cope with an unseen and unknown enemy that's constantly mowing down their comrades. But, unfortunately, Cano frequently lectures the reader on how the Chicanos served in disproportionately high numbers and how white commanders gave them all the dirty and dangerous work. Much of the story, in fact, reads like a travel logR&R in Bangkok, a cross-country trip to a friend's grave, a ski holiday in Spainscenes having little dramatic purpose. In the same way, the scattered bits and anecdotes tend not to come together into a whole, satisfyingly cohesive narrative, while there's incentive, too, to push past the first few static and repetitive scenes. Well-meaning, but too much like an overlong political tract to gain power as fiction.