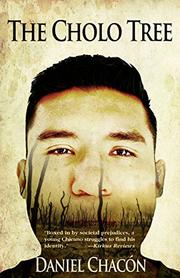 Boxed in by societal prejudices, a young Chicano struggles to find his identity.

Split into two separate periods, Chacón’s insightful novel portrays the trials of Victor Reyes, a death metal–loving, artistic teen who’s seemingly ill-fated in life. In the book’s first half, 14-year-old Victor recovers from a shooting—he was dead for a hair over 2 minutes—that leaves him with a fuzzy memory. Almost everyone, including his mom, believes he’s a cholo, a gangbanger destined for trouble. Though Victor tries his best to mend his relationship with his mom, he frequently ends up in incriminating situations. Meanwhile, Victor meets and falls for a feisty part-Mexican, part-Indian girl. The story moves at a meandering pace, which Chacón uses to sketch in disjointed details. Victor’s first-person narration doesn’t stand out in any particular way, but each of the diverse supporting characters features a distinct, if stereotypical, voice to fill in that void. The novel’s second half focuses on 17-year-old Victor, a senior succeeding in school and love. A supportive teacher helps him refine his artistic goals, pushing him to apply for art school. But Victor’s anger and past won’t let him go, and soon he’s knee-deep in the cholo life. Overall, the author employs a well-worn redemption arc, and the often clunky, self-conscious narration doesn’t really help to make it feel fresh: “They looked sort of geeky cool, like journalism students, the kind of kids that YA novels are written about.”