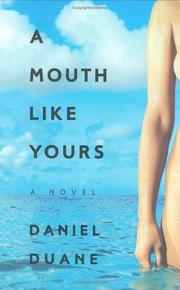 At the precarious age of 28, in the throes of facing long years working as a lowly adjunct before landing a professorship, Cassius Harper is in transition from golden beach boy to adult. He’s moved across the bay from his native Berkeley to San Francisco, and he’s “struggling with my first adult dating—by which I mean trying not to plunge into commitment with the first person I slept with.” Nonetheless, he rapidly falls for yet another incarnation of the nutty girl he historically can’t help being attracted to, and just like all her predecessors, she excoriates him emotionally. Harper’s narrative is by turns slippery, confessional and utterly conflicted, as he describes his relationship with Joan Artois. Introduced by mutual San Francisco friends as “raw sex on an oyster shell,” Joan is independently wealthy and too flighty to hold a job or lover for long. She’s also manipulative and abusive; Harper’s attempts at sharing his feelings are met with her stony reply, “I have no room in my heart.” Joan may blow hot and cold, and she’s certainly high-maintenance, compared to Harper’s warm, earth-mother department colleague Shauna, an occasional bedmate who genuinely likes him, but Harper is intensely drawn to her sexy brand of maltreatment. “Perhaps I really was a weak monster in a morally righteous universe,” he muses, feeling wounded but oddly grateful after a session of Joan’s abrasive criticism. The author is building an edifice of terrible irony here, as Duane shows Harper childishly turning the reader into yet another confessor (like his hip mom, a ’70s activist) who will—he hopes—validate his experience. The result is predictably sad when Joan lures Harper to New York, but at least he displays a hint of self-awareness.

An engagingly puerile narrative in the form of a modern morality play.