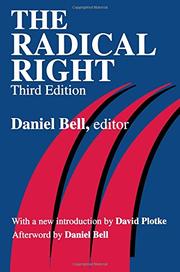 These essays, an enlargement and extension of 1955's The New American Right, are by and large the best examination of the emergence of rightist extremism that we have; tough-minded, integral, important, they pinpoint the cold war complex of fears and frustrations vis a vis the Soviet Union, the resultant conversion of issues into ideologies and the proliferation of way-out movements, for example, McCarthyism and the Birchers. The contributors, mostly Harvard and Columbia bright lights (professors Bell, Riesman, Parsons, Hofstadter, Lipset, Viereck), are all, of course, no-nonsense scholars; true, a few betray an over-subtle approach or a self-congratulatory tone, but they know the score and serve it stingingly and with style. The socio-psychological dissections include the New Deal as monster-spawner, Korea and the ""cookie "" conspiracy, All-American status-anxiety, political appeals to intolerance and irrationalism (guilt by association), pseudo-conservatism (not reverence of the past a paranoid preoccupation with the future), the carnival charges of Robert Welch brothers Dulles and the brothers Eisenhower as ""traitors"") and, over all, the vigilante he-who-is-not -with-me response. This is the logical extension of Janson and The Far Right (McGraw-Hill- p. 42) with a closer analysis of certain aspects of this movement only touched upon (or simply reported) by the two journalists. Top-flight.