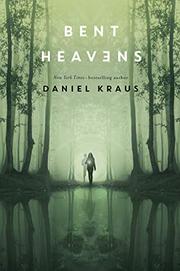 Can Liv put the pieces of her life back together after her father’s mental breakdown?

In rural Bloughton, Iowa, Liv takes solace in the cross country team and the idea that she will be off to college before too long. Three years ago, her father, the high school’s former English and drama teacher, vanished only to return naked and talking about alien abduction. He disappeared for good eight months later. Liv and her friend Doug check the elaborate traps her father built in the woods during those eight months every Sunday. The teacher who replaced him decides to stage the same musical that was her father’s swan song, and after getting in trouble for an outburst over her insensitivity, Liv decides to destroy the traps…but discovers that one has caught an alien. After hiding the horrifying creature in her father’s shed, they discover it has her father’s compass. In anger, Liv attacks the beast and then she and Doug torture it repeatedly as revenge for her missing father…but the alien is not what they perceive him to be, and as the truth is revealed, the horror mounts. Kraus’ (Blood Sugar, 2019, etc.) newest horror fantasy (there is no science here) might inspire more anger than horror as the protagonists respond to otherness with violence. Outrage will likely be followed by laughter at the stagy, manipulative, over-the-top conclusion. Most characters seem to be white.

Few chills and even less logic.