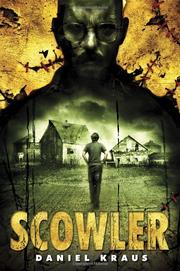 A meteor shower forms the backdrop for a teen boy's Donnie Darko–like nightmare in 1981 small-town Iowa.

Haunted by his past, 19-year-old Ry Burke strives to survive on a slowly deteriorating Midwestern farm with his mother and his precocious sister. Nine years before, Ry took a baseball bat and bashed in the face of his aggressive, abusive father, Marvin, after he discovered his dad had sewn his mother’s naked body into the sheets of their bed. His subsequent ordeals are grisly and bloody. He's aided by three totemic objects that he calls the Unnamed Three: a blue teddy bear named Mr. Furrington, a statuette of Jesus Christ, and an antique wooden doll with sunken eyes and metal insides that he calls Scowler. All three make a timely return to the Burke household on the eve of a meteor shower to defeat his father, who has broken out of prison and threatens their family once again. Weird? Yes. Compelling? Mostly. Kraus' latest will challenge both readers' patience and their ability to suspend disbelief as they follow Ry through the harrowing evening and following few days. The plot walks the line between believable and over-the-top, and the devoted—sometimes distractingly so—attention to detail may thrill critics but underwhelm teens.

A Midwestern gothic family saga that will hook readers—or scare them away.