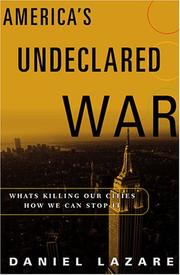 What’s Killing Our Cities and How We Can Stop It

A brisk assessment of the ills of the American city with suggested remedies that range from problematic to quixotic.

Lazare enjoys slaughtering sacred cows. In The Frozen Republic (1996), he developed in full a theme that reappears here—viz., “Democratic theory has advanced beyond the archaic ideas propounded by the Founding Fathers in the 1780s.” He traces a basic and enduring conflict in American political thought to the differences between Thomas Jefferson (whose loyalties were to the plantation society in which he flourished) and Alexander Hamilton (whom Lazare terms “a thoroughgoing urbanist”). The author proceeds chronologically through what he identifies as three major urban crises, the most deleterious of which was precipitated by what he calls “Fordism”—the creation by Henry Ford of an automobile economy that encouraged flight to the suburbs, where today millions live boring, wasteful, materialistic lives, subsidized by government tax policies that unfairly favor home and automobile ownership, widen the gap between the haves and the have-nots, and make both the cities and the suburbs unlivable. Although such a portrait of urban blight and suburban sprawl is not new, it is nonetheless powerful, and Lazare’s assaults on the economy of consumption and waste are effective. Less convincing are his remedies. He argues that the country must somehow decide that urban living is preferable to suburban, that conservation is better than consumption, and that individuals must surrender chunks of their individual liberty to improve the commonweal. He envisions Americans who will travel by high-speed train, walk to the grocery store, pay $10 a gallon for gasoline, live in reinvigorated urban environments—and, presumably, vote for politicians who promise higher taxes, fewer cars, and overall austerity.