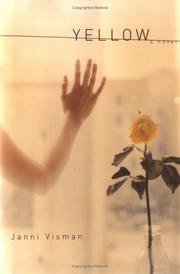 Stella, an aromatherapist, has ordered her life to defuse the power of her phobias. She sets up her practice at home because she is unable to step outside without hyperventilating. Her clients—all wealthy, depressed, middle-aged women—come there. Pathologically afraid of gas leaks, she arranges to replace gas-burning appliances and the heating system with electricity. She’s a head case, obviously, but one with wiles and a will to live. On the day Ivan arrives to remove her gas pipes, she seduces him. He moves in, traveling light, just a TV, trash bag full of clothes, and a cigar box of mementos. The couple cohabit contentedly, with Ivan acting as intermediary for the outside world and Stella maintaining perfect order at home—until the day Ivan returns wearing a gold-plated ID bracelet, a gift from an old girlfriend. This intrusion into her controlled world leads Stella to search for others, which she finds: a woman’s photograph and a plait of silver-blonde hair stashed in a bureau and £50,000 hidden in the survival kit (GPS watch, flares, water-sterilization tablets, etc.) she keeps for emergencies. Stella enjoins her sister, the blithe divorcée Skye, to shadow Ivan. Normally advancing through her day with precision, Stella suffers several accidental falls and cuts as she fixates on transforming her appearance to mirror Ivan’s old flame. Honeysuckle (relieves nostalgia’s pangs) and jasmine (an aphrodisiac) waft through the flat as the starched, tidy, redheaded Stella morphs into a Band-Aid–plastered, bruised blonde. The story transpires over five days, never leaving the mise en scène. This narrative economy heightens the already considerable suspense: Who is gas-lighting whom? Are Ivan and Skye conspirators? Or are Stella’s suspicions just more steps along the road to madness?

Captivating, like Ruth Rendell at her best, but with a mordant hipness that marks the welcome U.S. debut of British novelist Visman.