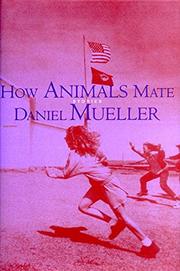 A debut collection of eight stories, most portraying the extremes of loneliness that inhabit the souls of modern Americans in out-of-the-way places. “Sy Johnson trudged onto the frozen lake toting the dismembered body of his lover on a red plastic sled.” With opening lines like this, you have to be prepared for anything, and the world that Mueller offers is far from sedate. In fact, it’s downright dangerous—not only for victims like Sy Johnson’s gay lover in “Ice Breaking” (who killed himself by kneeling in front of an oncoming train) but for the survivors who have to cope with the mess (like Sy Johnson, who also chooses suicide rather than carry on alone). The lost-love scenario is continued in “Zero,” the story of a gay businessman bankrupted by his boyfriend’s AIDS bills. In “Torturing Creatures at Night,” an obese teenager takes out his frustrations on the entire neighborhood by wandering through the backyards of his suburban town with a remote control, changing television channels through people’s windows. “Birds” is the story of Amanda, an aspiring poet who works as a stripper to pay for her medical expenses. A lesbian who lives with her girlfriend Larissa and the latter’s two sons, Amanda is perfectly happy stripping for men until her encounter with a deranged customer ends in tragedy. “The Night My Brother Worked the Heater” describes the unhappy relationship between Agnes Agnug, a young Aleut, and Larry Olseth, a college boy who takes a summer job in the salmon cannery overseen by Agnes’s brother. And the title story is a reminiscence of small-town madness—replete with animal pornography, murder, unhappy marriages, and sexual awakenings—recalled by the son of a renowned surgeon. Nicely drawn albeit perhaps depressing portraits of the freaks, malcontents, and lumpen weirdos who lurk on the margins of respectable society.