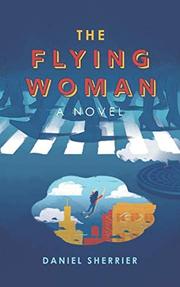 From the Terrific series, volume 1

After a mysterious encounter with a dying woman, an aspiring actress suddenly gains superpowers in Sherrier’s (Earths in Space, 2013, etc.) superhero novel.

Miranda Thomas is a young woman living in Olympus City, with a nascent acting career, overprotective parents, and typical middle-child dynamics with her two sisters. All of this changes, however, when she comes in contact with a mortally wounded woman with electricity-based superpowers who then disappears in front of her; soon, Miranda discovers that she now has powers of flight and super-strength. After a series of heroic actions covered by the media—such as preventing a plane crash (which she accidentally started) and defusing a hostage situation—she assumes the name Ultra Woman and joins two other superheroes, Fantastic Man and Mr. Amazing. Dubbed the Terrific Trio, they start piecing together clues about the origins of their powers, all while facing Olympus City’s first supervillain. Sherrier offers a thrilling origin story in this series starter. In certain aspects, his fast-paced novel feels very much like a comic book, as it embraces some stereotypical aspects of the genre (secret identities, a stark good-versus-evil setup). Nevertheless, the author plays with the form in refreshing ways, as the book pokes fun at superhero clichés in a self-aware fashion. For example, for a good part of the novel, Miranda refuses to wear a cape or tights, insisting on donning “nothing a normal person would refuse to wear in public setting.” Her older sister, Bianca, meanwhile, is depicted as “cringing, questioning, and condemning all at once” Fantastic Man’s over-the-top heroic mannerisms. It’s this deviation from the norm that makes Miranda’s journey shine. At the conclusion, there are still many unanswered questions for subsequent novels to tackle.

A familiar but entertaining take on the superhero genre.