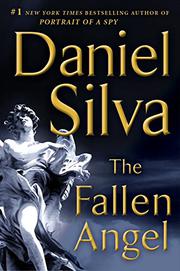 As Silva’s legion of fans—including, it seems, every policy wonk inside the Beltway and Acela Corridor—knows, Gabriel is not just your ordinary spy. He’s a capable assassin, for one thing, and a noted art restorer for another, which means that his adventures often find him in the presence of immortal works of art and bad guys who would put them to bad use. This newest whodunit is no exception: Gabriel’s in the Vatican, working away at a Caravaggio, when he gets caught up in an anomalous scene—as a friendly Jesuit puts it with considerable understatement, “We have a problem.” The problem is that another Vatican insider has gone splat on the mosaic floor, having fallen some distance from the dome. Did she jump, or was she pushed? Either way, as the victim’s next of kin puts it, again with considerable understatement, “I’m afraid my sister left quite a mess.” She did indeed, and straightening it up requires Gabriel to grapple with baddies in far-flung places around Europe and the Middle East. It would be spoiling things to go too deep into what he finds, but suffice it to say that things have been going missing from the Vatican’s collections to fund a variety of nefarious activities directly and indirectly, including some ugly terrorism out Jerusalem way. But set Gabriel to scaling flights of Herodian stairs, and the mysteries fall into place—not least of them the location of a certain structure built for a certain deity by a certain biblical fellow. The plot’s a hoot, but a believable one; think a confection by Umberto Eco as starring Jonathan Hemlock, or a Dan Brown yarn intelligently plotted and written, and you’ll have a sense of what Silva is up to here.