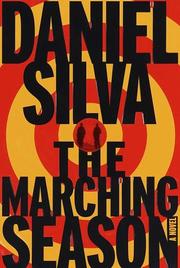 The Troubles claim still another victim, as Silva’s attempt to pull off the hat trick falls short of the success of his two earlier spy thrillers. Because they want to torpedo the Good Friday accords that they think will oust the British from Northern Ireland, Kyle Blake and his tiny, murderous Ulster Freedom Brigade (UFB) embark on a wholesale campaign of terrorism, bombing Irish and British landmarks on the same day they’re executing a Sinn Fein notable. Because he’s determined to let the UFB know he stands foursquare behind the accords, Prime Minister Tony Blair insists that the next US Ambassador to Britain be a person of substance. Because he can’t resist the chance to make history once more, retired Senator Douglas Cannon agrees to accept the posting. Because he’s worried about his father-in-law’s safety, and because he’s offered another chance to go after October, the hired assassin who narrowly eluded him in The Mark of the Assassin (1998) and may be involved once again here, ex-CIA agent Michael Osbourne comes back to the Agency to assess counterterrorist measures in London and ends up in the middle of the inevitable UFB attempt on Cannon’s life. All this may sound vaguely familiar, since even real-life Yanks like George Mitchell have taken such major roles in recent Northern Irish history. But when Cannon survives the attempt to return to Washington with Osbourne in tow, stealthily pursued by October and escaped UFB intelligence chief Rebecca Wells, the scent of Tom Clancy’s Patriot Games becomes overpowering. Sadly, Silva’s biggest innovation, the international franchise of diplomats and arms dealers designed to foment worldwide unrest and integrate the New World Order flare-ups that keep Osbourne in business, is the weakest aspect of this rousing but otherwise familiar tale. What survives is a sure hand with the larger picture, some movie-tense action sequences, a hero worth rooting for—and a few lucky members of the supporting cast. (Book-of-the-Month selection; author tour)