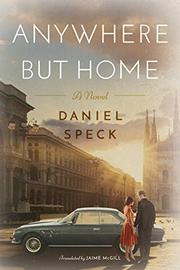 A multigenerational saga of an Italian family that immigrates to Germany in the mid-20th century.

German fashion designer Julia Becker always believed that her father, Vincenzo, died when she was a child—at least, that’s what her mother, Tanja, had always told her. But her life turns upside down when a mysterious elderly man approaches her after a Milan Fashion Week show for her upstart clothing label, claims to be her long-lost grandfather, and reveals that her father is still alive. Though Julia at first refuses to believe him, she soon uncovers a trove of family secrets that forces her to reevaluate everything. The novel unfolds as a series of reminisces that begin with Julia’s grandfather Vincent’s journey from Munich to Milan to work on the Isetta bubble car in the 1950s, where he met, fell in love with, and impregnated Giulietta Marconi, a Sicilian woman who was engaged to her cousin Enzo. Though Vincent and Giulietta separate, Giulietta and Enzo later immigrate to Munich, and the old romance is rekindled. Speck effectively depicts the struggles of Italian “guest workers” facing discrimination in postwar Germany, but despite this noble enterprise, his novel lacks dramatic power. The book feels both too long and not long enough: At 520 pages, it's a hefty tome, but Speck tells the stories of so many members of Julia’s extended family that the book feels rushed; frustratingly, he often summarizes his characters’ feelings and motivations instead of letting them live and breathe on the page in fully realized dramatic scenes. The novel also suffers from an inconsistent framing device: Though it's written as a series of stories being told to Julia or as entries in Giulietta’s diary, those stories often include information that the narrators could never have known, which is disorienting to the reader.

An unsatisfying family epic that bites off more than it can chew.