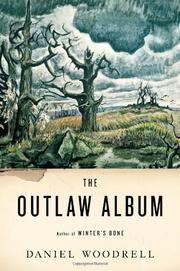 Twelve spare, haunting and brutal slices of country noir from the genre’s most gifted practitioner.

From Woodrell, author of the brilliant Winter’s Bone, which was richly adapted into the Oscar-nominated 2010 film, now comes a collection of short fiction, previously published in outlets ranging from The Missouri Review and Esquire to hard-hitting anthologies like A Hell of a Woman. And boy, does Woodrell have a way with words. The first sentence of the first story captures its essence: “Once Boshell finally killed his neighbor he couldn’t seem to quit killing him.” In a sort of redneck therapy, one of the locals takes a squirrel rifle to his Northerly neighbor, then buries him back in the woods where he can take a hatchet to the man whenever he’s feeling ornery. The Edgar Award–nominated “Uncle” is even worse. When a country girl tires of her uncle’s raping and murdering lost tourists, she takes a pick-axe to him. There is “Twin Forks,” in which a man tries to recapture his youth only to stare murder in the eyes. And “Florianne,” which delves into a man’s paranoia over his daughter’s disappearance. There are war vets in “Night Stand” and “Black Step,” reeling in a world where violence follows them home, and even a brief visit to the old outlaw Jake Roedel in “Woe to Live On.” Woe, indeed. Hard words and harsh trials from a writer who knows all too well the frozen ground he occupies.