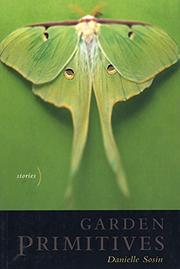 A debut collection from a Minnesota writer pits its mainly suburban characters against a nature that is both unforgiving and creepily profligate.

Sosin has a gift for the narrative hook. Many of these 12 stories place their protagonists in potentially humiliating situations, then watch them struggle out with varying degrees of grace. In ``Internal Medicine,'' a woman talks a group of firstyear medical students through her own pelvic exam while pondering her recent divorce. ``Ice Age'' gives us a resentful farmer who, cornered by his own act of kindness, finds himself trapped at an awkward dinner with yuppies he despises for encroaching on his land. At her best, Sosin is able to milk these reversaloffortune setups to alchemical effect. ``Mother Superior,” one of the best pieces here and the only one to depart from a middleclass milieu, follows a burntout former bar owner through a date gone sadly wrong; the quietly devastating climax feels like a slap not only to her face, but to ours. Elsewhere, though, these revelations can sound like unintentional punch lines, especially when allegories from nature start gumming up the works. ``Submersion'' draws a clunky parallel between a woman's obsessive vigil over a turtle nest on a Mexican beach and the recent drowning death of her son, revealed at the end in a distinctly unsurprising twist. ``There Are No Green Butterflies'' solemnly depicts the unraveling of a nascent romance that the reader is unlikely to mourn (`` `Sex is holy,' he says, looking off in the distance''). Only the title story steps back from this relentless intersubjectivity, offering a restrained, almost photographic vignette of the varied urban types frequenting a public greenhouse. Meanwhile, Sosin's generally graceful prose has moments of startling infelicity: one heroine lies in bed ``exacerbated,'' wielding ``the fineedged knife of selfblame.''

A laudable set of premises, but thin writing and faux disclosures keep this garden from bursting into full bloom.