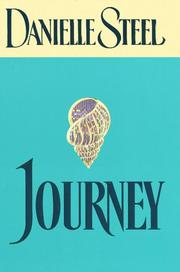 A beautiful TV news anchor at the mercy of her rich, cruel, powerful husband discovers that wife-beating isn’t just for trailer trash.

In fact, as the author is careful to point out, batterers come from all walks of life and always have, and psychological abuse can be nearly as destructive as the physical kind. There’s lots of useful information of this sort interwoven throughout this wildly implausible tale. Maddy Hunter thinks of herself as her husband’s creation—after all, the ruggedly handsome media mogul and presidential advisor brought her from a go-nowhere receptionist job to national news stardom. Yet Maddy’s millions of fans don’t know that Jack Hunter is emotionally and sexually abusive, and controlling as all get out. He insisted she have her tubes tied, and sometimes he won’t even let her go out to shop! Defiantly, Maddy becomes involved with the First Lady’s Commission on Violence Against Women and gets into therapy. Meanwhile, much didactic but reasonably accurate information on many aspects of battering is presented in the form of long-winded dialogue from all parties. As Jack gets rougher and tougher—and more and more controlling—Maddy comes to her senses, thinks about leaving him, meets a significant stranger from her past. And, oh, yeah, finds the love of a good man. Then tragedy strikes: she’s buried under tons of rubble when the mall is blown up by crazed fanatics. So ironic, too, because the classy Maddy just hates malls and went in only to buy wrapping paper. Will the heroic rescuers reach her in time? Will she be able to adopt the tiny baby whose unwed teenage mother lay dying conveniently nearby? Fill in the blanks: this is Steel’s 50th novel (The House on Hope Street, p. 745).

Gushy treatment of a very serious and real problem. But given Steel’s gadzillion readers, it may well end up doing good somewhere.