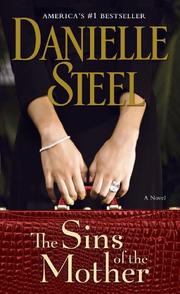 THE SINS OF THE MOTHER

You’ve got to pity one-percenter, almost-septuagenerian Olivia Grayson, who runs a fashion and lifestyle-accessory empire called The Factory—“an empire that had reached around the world, and an industry that no one could compete with, although many tried.” She’s quite staggeringly rich, and so are her children, whom she’s co-opted into various positions involving finance and art, son Phillip the former, son John the latter, for Phillip had ”his father’s steady head for finance,” while “John had inherited Olivia’s innate artistic sense for design.” (A philosophical question: Can something innate be inherited?) But what of the daughters? One is a clinger, afraid of her own shadow, the other resolutely independent and wanting nothing to do with Mom and all her mounds of cash. So what happens when Mom finally hits 70, the family is assembled, various spouses get in on the act and the secrets begin to spill out? Ah, there’s the Steel magic, all regret, gnashing of teeth and tears shed into very expensive glasses of champagne; it ain’t King Lear, but it’s fraught with the dynamite of family dynamics anyway. Can the children pull themselves together enough to keep things going for their children? Can the Empress Olivia keep the empire going? Will The Factory keep on manufacturing things that no one needs but everyone wants?

Come to think of it, this feels more like a factory product than a book as such—competent enough, and resembling a book in form, but with a certain emptiness at its heart. Still, if you care about the tribulations of the very rich, this is your book.