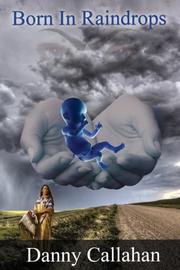 More than 300 pages, Callahan’s debut poetry collection is chock-full of well-known and obscure figures from pop culture, mythology, and history.

Poems cover everyone from Lady Godiva of Coventry to Taylor Swift, Lilith and Eve to Erica Jong, and Schrodinger’s cat to Henry David Thoreau. Irish folklore, Christianity, and the author’s travels also inform the work. Many of the poems rhyme, especially the earlier ones, but the rhyme schemes do not dictate or force the meaning. Rhyming aside, the author’s surprising linguistic combinations and usage of alliteration gives his work vitality: “Came big brown bears / Humongous hairy hushed grizzlies / Stumbling along eating salmon” and “cracked seashell salty shores.” The author examines incidents of historic violence, such as the Omagh bombing in Ireland, asking whether such acts have led to any healing or peace. “Would this bloodshed change history?” Later poems echo this idea: “I ponder my significance / If history will change from this day forward.”  Other poems, like “Annabella, What Did He Do?” and “Ox,” consider social and environmental justice, including the mistreatment of animals. “Baboon Reciting Poetry” and “C’mon Dinosaurs, Tell Us What the Hell Happened?” are quietly funny as they examine human nature and science. This wide-ranging collection leaves few topics unmined, but the themes are so broad and meandering that they lack a central cohesive idea. The author includes an explanatory footnote for almost every poem, which is unnecessary and distracting; grammatical errors also muddle the writing (“to hard too bare”; “kissing girl’s goodnight”).

The many snappy, animated lines bolster this discordant, wandering collection.