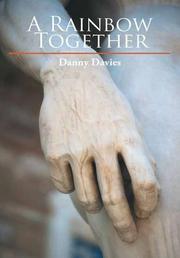 A young man takes a life-altering summer job in this debut coming-of-age novel.

With his Beatle-esque haircut and a shy, awkward demeanor, 16-year-old Davey Dodd doesn’t quite fit in at his high school, Newport Catholic, or anywhere else in his “rigidly monochromatic” Cincinnati community. But it’s the summer of 1964—the famous “Freedom Summer,” as the text none-too-subtly points out—and everything changes when Davey lands a job doing grunt work at the swank Sheraton Gibson Hotel. His co-workers, including a socially conscious receptionist, Janine Huber, and a maternal boss, Nancy Baioni, soon become his second family, offering him a welcome refuge from the often tense environment at home. But he forges his closest connection with Tony DeStefano, a handsome, artistic teenager. It’s clear that Davey’s interest in Tony is more than platonic, although a mixture of fear and guilt causes him to keep his feelings hidden. As the months pass, Davey tentatively begins to come to terms with his burgeoning sexuality, learning that, as Janine chides, “You can’t let other people stop you from doing what you know is right for you.” The novel gets off to a slow start, but patient readers will be rewarded with a sensitively told story of growing up in a time and place when difference was something people hid. Author Davies has an eye for detail that brings the midcentury milieu to life, but he wisely gives characters space to breathe within it. A fragment of an overheard conversation between Tony and his alcoholic father, for example, reveals everything that readers need to know about the boy’s home life, while the teasing remarks of Davey’s co-workers early on hint at the truth about his sexual orientation. Well-timed flashbacks, including memories of a childhood confessional scene and schoolyard bullying, are developed well enough to function as stand-alone short stories. Davies does draw a few supporting characters with overly broad strokes—Davey’s one-dimensional, shrewish mother, for instance, and a flamboyant gay couple from New Orleans who seem too over-the-top to believe—but that doesn’t diminish the novel’s overall power.

A vivid, poignant story of a boy who learns to love.