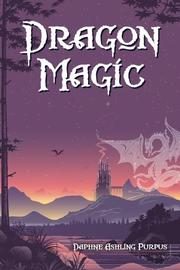 In her third YA tale set in Draconia, Purpus (The Egg That Wouldn't Hatch, 2013, etc.) introduces Chloe, a girl who doesn’t fit in—until she harnesses her hidden gifts.

Every three years, dragon eggs hatch in Draconia. Once free, each hatchling crawls toward one of the young candidates, choosing its lifelong rider. This year, when Emily and her dragon travel the country to invite candidates to Havenshold, they encounter some difficulty. A woman named Hazel Winsong insists that her teenage daughter Zelda is destined for dragon-riding. However, it is Zelda’s 15-year-old sister, Chloe, who’s been nominated. This infuriates Hazel, and the situation worsens when Chloe isn’t chosen by a hatchling. “See! You are worthless!” Hazel says, causing her daughter to run away through the woods. There, the distraught girl manages to save three bears from a hunter with what can only be magic. The mother bear, Bertha, telepathically informs Chloe that despite being rejected by the hatchlings, she is destined for greatness as a mage. Bertha, a seer of prophecies, also says that Draconia will eventually face grave danger from space. Chloe must study at Pathfinder Academy and help build Draconia’s first telescope to reach her full potential. Author Purpus brings new and returning readers into her lively realm with an easygoing style ideal for youngsters. Her deviation from the standard dragon/rider tale is welcome and marvelously uplifting. Other than the narrative threads about Chloe, her sentient library and bears who guard magic from misuse, there are also important nonmagical matters that Purpus tackles head on: “How we face...disappointments and what we make of them determines how happy and successful we will be,” says one of her mentors, and “[S]earch for your passion, what you truly want to do.” But those who’ve come for the magic shouldn’t fret; the finale is as fiendishly creative as it is exciting.

Better than your average dragon tale.