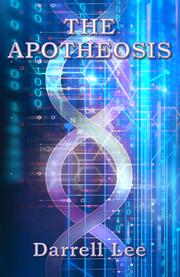 In this novel, a scientist’s research into human cloning puts him on the run from authorities for decades while he secretly continues his work.

John Numen inherited 40 percent of his father’s pharmaceutical research company, allotting him wealth and his own lab. Having earned a Ph.D. from Harvard, he experiments with rhesus monkeys to perfect cloning. At the same time, in 2019, the 20-something falls in love with Amira Shinwell, a married woman. Unfortunately, Amira’s attempt to leave her loveless marriage leads to an unforeseen tragedy. But it’s John’s experiment with human cloning that places him on the FBI’s radar. He flees to a private Caribbean island under a false identity and sets up another lab. John spends years continuing to work on human cloning but soon designs specific equipment for an entirely different experiment. As his research includes an involuntary human subject, it’s perhaps not surprising he eventually catches unwanted attention from local law enforcement. Meanwhile, Irina Popova is a skilled mixed martial arts fighter in Russia with aspirations for the world championship. But her inevitable encounter with John won’t likely turn out well. Lee’s (Gravitational Leap, 2016) sci-fi tale favors human aspects over the technological. For example, there are few details about the process or John’s “cloning device.” The story is instead an engrossing character study following young, sympathetic John, who loses his father and whose mother abandons him, gradually becoming ruthless. Most readers will surmise what John is up to well before the story reveals it, from the second device’s purpose to the reasons he risks going back to America. In contrast, the narrative shift to Irina is quite jarring, as it temporarily sidelines John. Nevertheless, Irina is a meticulously established character while extended scenes in the MMA octagon boast some of the novel’s best, most dramatic prose: "Irina found the leverage position first and put her weight on her opponent to push her into the mat and struck her again in the face."

An occasionally predictable but enthralling sci-fi romp that zeros in on bold characters.