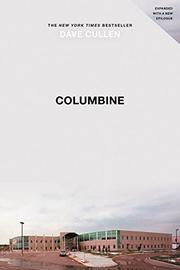 “We remember Columbine as a pair of outcast Goths from the Trench Coat Mafia snapping and tearing through their high school hunting down jocks to settle a long-running feud. Almost none of that happened,” writes Cullen, a Denver-based journalist who has spent the past ten years investigating the 1999 attack. In fact, Eric Harris and Dylan Klebold conceived of their act not as a targeted school shooting but as an elaborate three-part act of terrorism. First, propane bombs planted in the cafeteria would erupt during lunchtime, indiscriminately slaughtering hundreds of students. The killers, positioned outside the school’s main entrance, would then mow down fleeing survivors. Finally, after the media and rescue workers had arrived, timed bombs in the killers’ cars would explode, wiping out hundreds more. It was only when the bombs in the cafeteria failed to detonate that the killers entered the high school with sawed-off shotguns blazing. Drawing on a wealth of journals, videotapes, police reports and personal interviews, Cullen sketches multifaceted portraits of the killers and the surviving community. He portrays Harris as a calculating, egocentric psychopath, someone who labeled his journal “The Book of God” and harbored fantasies of exterminating the entire human race. In contrast, Klebold was a suicidal depressive, prone to fits of rage and extreme self-loathing. Together they forged a combustible and unequal alliance, with Harris channeling Klebold’s frustration and anger into his sadistic plans. The unnerving narrative is too often undermined by the author’s distracting tendency to weave the killers’ expressions into his sentences—for example, “The boys were shooting off their pipe bombs by then, and, man, were those things badass.” Cullen is better at depicting the attack’s aftermath. Poignant sections devoted to the survivors probe the myriad ways that individuals cope with grief and struggle to interpret and make sense of tragedy.