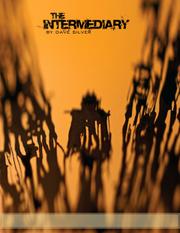 A thriller whose protagonist is as mysterious as the murder he investigates.

Silver’s anti-hero is a “persuasion specialist” by profession, a master of many fields including martial arts, espionage and explosives. Perhaps he has never stopped to fully consider the ethics of his profession or perhaps he has simply performed his duties by the rules he was trained to follow. But things change dramatically for him the day his wife and son are murdered. Suddenly, he can no longer trust anyone—not his fellow agents or the firm for which he has worked for more than a decade. Totally alone, the novel’s unnamed narrator is determined to avenge the killing of his loved ones. As he tracks down the murderers, his journey takes him from America to the Bahamas to Europe and, finally, the U.A.E. on the trail of arms dealers, jewel thieves and Arabian princes. The clock is ticking as his every step brings him closer to his target while the list of his enemies grows longer. This high-powered novel is told from first-person point of view, making it easier for readers to engage with a character who would otherwise remain a complete puzzle. As the narrator fills in the gaps between his oft-changing identities, a solid character begins to appear. Despite the disconnect readers may experience due to his chameleonic attributes, the narrator comes across as likable. His frequent tongue-in-cheek descriptions of the pursuit of his enemies are interspersed with philosophical insights which allow the reader to invest in more than just the book’s fast-paced plotline; in ruing the loss of the husband and father he might have been and evoking a deep and heart-rending loneliness, the narrator transforms into a character most readers will relate to, regardless of how much of an enigma he otherwise remains.  An action-packed thriller helmed by a mysterious and complicated anti-hero.