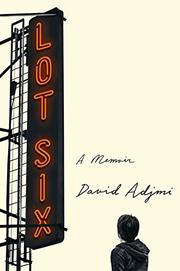 Determined to be an artist, a Syrian Jew wrests himself from his past.

Growing up in a Syrian Sephardic Jewish community in Brooklyn, award-winning playwright Adjmi felt like an outsider to his culture, religion, and family. In his debut memoir, the author chronicles in visceral detail his anguished youth and laborious search for his true identity. His father, he writes, was a con man and pathological liar who never understood any of his children. “He was constantly situating his kids in stories about our lives that had nothing to do with us,” writes the author, “but somehow we ended up as characters in those stories.” Still, Adjmi wanted to please him, hoping that he could win his father’s love, “even if his love confused my sense of self.” His father left the family, cutting off contact for five years, leaving the children with their demanding, narcissistic, angry mother. Childhood, he thought, was “a sort of exhausting performance.” When he was 10, he “plummeted into depression,” which his mother considered a personal affront. He desperately wanted her love but “learned to tamp these impulses. When I did hug her,” he writes, “I sensed her flinching discomfort.” Besides depression and anxiety, Adjmi was beset by “anguish about being a homosexual.” In his sophomore year of high school, he was in “a near-suicidal depression,” and he feared becoming a “Lot Six.” Lot numbers, he explains, were part of a coded system that Syrian businessmen used to negotiate prices on cameras and Walkmans. “Lot Six was code for three, an odd number—odd, as in queer.” Lot Six “had no value,” rendering him worthless. Adjmi struggled mightily to reinvent himself, prove himself “morally superior” to his family and culture, fulfill his artistic ambitions, and, finally, believe in his own talent. Although at times the narrative reads like a long, petulant lament, the author powerfully recounts pain and self-discovery.