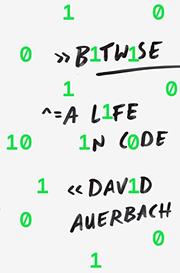 A Life In Code

“We don’t think right for our world today,” writes programmer and technology writer Auerbach—and putting computers to work solving that fundamental problem is not a panacea.

Computers are tools, and while they may one day outthink us, inaugurating what futurists call the singularity, they’re still tools that can reinforce our human limitations even as they help us to work around them: “if we feed them our prejudices, computers will happily recite those prejudices back to us in quantitative and seemingly objective form,” even making our prejudices seem rational. An early employee at both Microsoft and Google, Auerbach is the rare engineer who is also conversant with literature and philosophy, both of which he brings to bear on interpreting his experiences as a builder of these thinking machines and the heuristics and languages that guide them. In that work, design is everything. One of the author’s asides, which fuels a central theme, concerns the Diagnostic and Statistical Manual of Mental Disorders, which, several editions on, has mutated from its initial goal of standardizing how psychiatrists diagnose disorders to a complex reference for “physician diagnosis, actuarial insurance practices, longitudinal research studies, drug regulation, and more.” Just so, our machines are deficient in many ways, as with Google’s effort to scan millions of books into a Library of Babel that is, in fact, a mess, so that the “heaps of code” thus amassed are best used as approximations rather than trustworthy models. In this matter, he adds, “Google is a dumb god.” Interestingly, Auerbach brings his discussion to a close by counseling that we not worry too much about what, say, big technology companies are planning to do with our data. “At companies like Google or Facebook,” writes the author, “programmers engage with people’s personal information in such a way that they are indifferent to its implications.” That should make the techno-anxious feel a little better—until the machines think better and take over.

An eye-opening look at computer technology and its discontents and limitations.