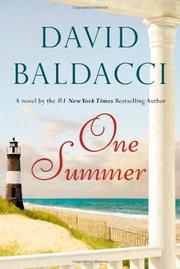 In Iraq and Afghanistan, Jack earned two Purple Hearts and a Bronze Star, but it appears that the appointment in Samarra he dodged has been waiting for him in Cleveland, Ohio. As Christmas nears, he is dying of an unnamed but always terminal disease, surrounded by his two boys, Jackie and Cory, prickly teenage daughter Mikki, wife Lizzie and mother-in-law Bonnie. On Christmas Eve, Lizzie rushes out into a snowstorm to fill Jack’s pain-med prescriptions and is killed in a crash. Bonnie supervises the dispersal of the children to various relatives, and Jack is consigned to a hospice. One day, he finds he’s breathing on his own. Painstakingly, he recovers and even gains back his former fitness level as an Army Ranger. He gathers the children and moves them to Lizzie’s beloved South Carolina seaside home, nicknamed the Palace, in hopes of fulfilling what turned out to be Lizzie’s last wish. Once in S.C., Jack finds the Palace and adjacent lighthouse in considerable disrepair. A trained contractor, he sets to work with his crusty, Harley-driving partner Sammy. Mikki, a singer/songwriter, finds a kindred spirit in fellow rocker Liam, whose mother Jenna, a corporate lawyer turned wisecracking restaurant owner, hires Jack to soundproof Liam’s studio. The stage is set for new love, but first Jack must overcome his obsession with fixing the lighthouse beam and turn the searchlight on his children. Especially since Bonnie is scheming to get custody of the youngsters. It doesn’t help that Jack is only too willing to tangle with small town toughs, or that Mikki has run afoul of the local mean teen queen and her high-school football henchmen.

Baldacci’s muscle-bound style doesn’t do subtle: He is best at choreographing fight scenes, rescues and dire brushes with severe weather, all of which, thankfully, are here in abundance. Overall, though, the stilted language and trite sentimentalism are yawn-inducing.