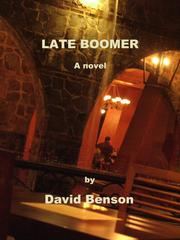 Benson’s tightly plotted crime thriller is sure to please fans of police procedurals.

Several wealthy middle-aged Manhattanites—the baby boomers of the title—have been gruesomely murdered, and Detective Carina Quintana senses a connection. But how can she prove it? The killer, if he exists, varies his methods and targets and leaves no tangible evidence. Age and wealth are all that the victims have in common. Recently transferred from Miami after her partner was convicted of drug trafficking, Quintana struggles to adjust to New York City and deal with the aftermath of testifying against her former co-workers. Now partnered with the sarcastic Pete Simpson, Quintana attempts to catch the killer without creating panic among the city’s elites. Complications from her personal life—a Cayman bank account, an old lover and a connection from Miami—add to her troubles. Benson’s characters are well-drawn, and Quintana is a noteworthy heroine. The author handles her past and sexuality with a light hand, not overplaying the character. Instead, he keeps her guarded and subtle, without verging into clichéd stereotypes about damaged cops. While her decision-making is sometimes clouded, she is believable as a police officer. Secondary characters—the caffeine-addicted Simpson, a particularly droll FBI crime profiler, and New York City itself—are realistically portrayed, adding interest. Chapters narrated from the point of view of the killer contrast interestingly with Quintana’s chapters; comparison reveals both characters are relatively isolated and self-protective. The novel’s pacing is energetic and engaging, and the story flows almost too quickly. Happily, Benson’s epilogue suggests that Quintana may return in a future novel set in Miami Beach.

A compelling police procedural with a contemporary setting and an intriguing heroine worthy of a series.